Nothing is more fascinating in a new country than doing rain dances with the natives. When I walked into the Pearson International Airport on my first day as a Canadian PR card holder, I looked around eagerly for a Native American Indian or two, preferably in striking feathered war-bonnets.
I even searched high and low for local grills with roasted bison or moose stew on the menu served up from smouldering ground pits. 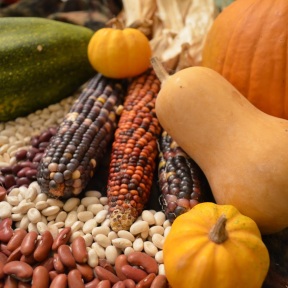 To my disappointment, there was no “Chief Blackfoot” waiting for me at the immigration desk. Nor was there was any whiff of a bison burger anywhere!

There was not a single hooked-nose cab driver in a Mohawk haircut either nor a door man in exotic tail sheath caps. There was no fluff on anyone for that matter to hint at any kind of Native Indian ancestry. Even a trip to Niagara didn’t fulfill my fantasy. All I could see was a sea of over excited Asian and European tourists jostling for camera space.

Downtown Toronto looks like an extension of Hong Kong now. High-rise apartments cramped with room space just enough for head stands tower alongside Lake Ontario. There is not a single Teepee-style home or cone-shaped shelter on poles selling tea and bannocks (Native Indian bread) much to my sorrow.

The only local introduction served with great national pride is Tim Horton’s coffee and muffins! Canadian souvenir shops are even more intriguing. The greatest reflection of the glorious tribal culture is moose-head key chains that read “Made in China” or “Made in India”. I was determined to get to the bottom of this mystery.

Where were the Native Indian Americans? Has their history been reduced to Disney movies on Pocahontas?

There was only one place where I was bound to find them and discover more. The internet!

The web taught me many lessons. The first was to do away with the name “Native Indians”. The polite way to address the glorious North American tribes in this day and age is “Aboriginals”. This is declared by none other than The Constitution Act of 1982 that also elevated them to the status of “First among Equals” to keep things fair – at least on paper.

If you wish to sound more enlightened like I did, you can call them by their indigenous names: “Inuit”, “First Nations” or “Métis”. Just make sure you know who is who. (If you are fortunate enough to spot them that is!)

There were more myths to be busted. The Inuits are none other than the “Eskimos” who invented the Igloo and went in for a name change in the 1970s (but did not consider it important to tell many parts of the world about it). They are the natives of northern Canada, Alaska, Greenland and Siberia.

The Métis (from the French word “Métis” meaning mixed) are those who were born from a roll in the snow with amorous European fur traders, mostly French. Their language is as mixed as they are. They speak Métis French or a dialect called Michif.

If you think they all walk around in the same feathers, think again. The “Aboriginal people” are as diverse and multilingual like the rest of Canada.

There are as many as 52 Aboriginal languages spoken in Canada and many more dialects with tongue-twisting names such as Inuktitut, Mushkegowuk, Ojibwa and Chipewyan to add to the fun.

Canadian historians reassure that the European grand-dads did not always draw out their weapons to drive home their point here as they did world over. Although their combats did end with some fatal stabs and fierce black eyes, it was not as ugly as the battles with their native brothers back in the USA, they insist. With economic development, more familiarity (and nowhere else to go I guess), the two joined hands and updated their relationship status from complicated to friends.

The settlers agreed to stand by the natives and leave them alone at the same time. Not quite sure how that worked, but the Natives sure understood the peace pact better than I did and they both live happily ever after. (Still not quite sure where!)

Dig a little deeper and the story is not quite  what the white grand-dads would have us us believe. There is a darker truth that the country hides from the world. It’s hidden in the pages of history where children were mercilessly ripped from their parents to be schooled in a system rooted in removing the influence of aboriginal culture, miles away from their home.

About 30% of native children were placed in residential schools across Canada, wikipedia says. About 6,000 of these students died in the process of being “civilized”. Parents were denied entry by a pass that confined them to reserves.

The children were brutally abused, starved, forced to abandon their cultural heritage and left to  deal with post traumatic stress, alcoholism, substance abuse and suicide. 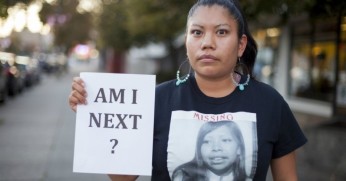 The shadows of the past have not evaporated, even though the mindset seems inconceivable today. There are mysterious cases of murdered or missing aboriginal women reported even today. 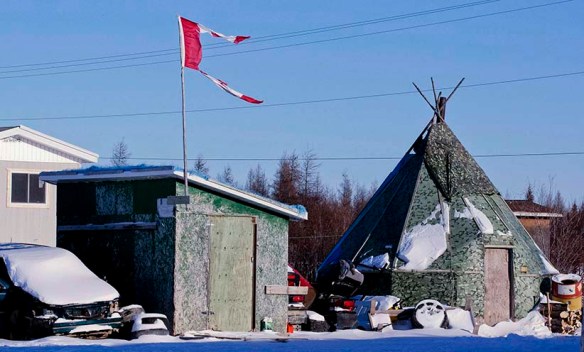 Prime Minister Stephen Harper offered a public apology on June 11, 2008 on behalf of the government of Canada. In 2015, the National Centre for Truth and Reconciliation was established with the publication of a lengthy report detailing the wrongdoings. The enforced starvation has been severely condmened.

Many indigenous people today are said to reside in Ontario, even though they escape my myopic eyes. Toronto hosts one of the largest Aboriginal populations in the country. In 2001, one in five Aboriginal people in Canada lived in Ontario. There are 13 groups of First Nation peoples here, each with their own customs, territories and traditions.

Although several live on remote First Nations reserves, a large majority of Aboriginals in Ontario have grown out of their exotic feathers and become as mundane as the rest of us. It’s apparent now why they are harder to spot.

Each American Native is required to register to claim their dues.If they marry outside their tribe, after two generations, their right to register lessen. By the fifth generation, no further children can show off their Aboriginal identity, even if they steer a kayak over the Niagara Falls without wetting their grand mohawk.It struck me that as the years go by, there will be lesser of them around.

That brings me to a bleak thought.

Hope we never live to see a day when National Aboriginal Day is brought in with just plastic bowls full of Poutine, Tim Horton’s Double Double and a bunch of artifacts imported from Asia! 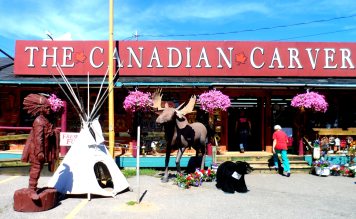 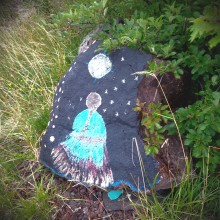 National Aboriginal Day marks the celebration of Canadian indigenous culture on June 21st every year. Join my blog Oh Canada on Facebook and here to stay updated on my journey. Your stories and views are welcome.

2 thoughts on “Search for the Inuits”